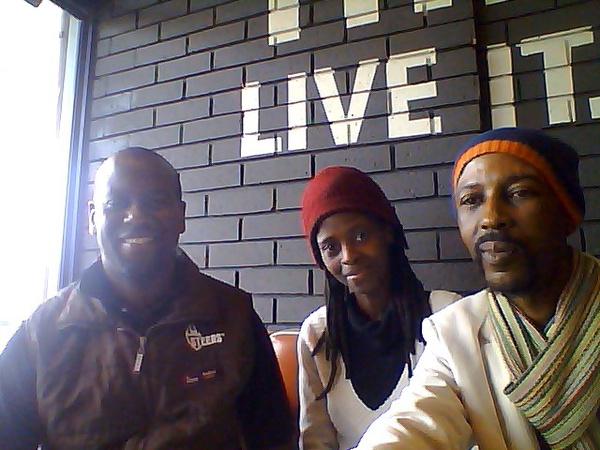 The King Lobengula Foundation is inviting the World Community to come and join hands in the Celebrations to be held on the 23rd of March 2020. The Commemoration of African Heroes and Heroines would be held at the newly opened Princess Zila Lobengula Cultural Village and at Egazini Memorial Precinct in Fingo Village, Makhanda [Grahamstown]. The Celebrations would be earmarked by Activities relevant to the history and heritage of the City of Saints. It is that time of the year when we need to come in a mutual spirit to celebrate the Heroes and Heroines who have made a significant impact on the lives of People they left behind, hence the 200 years of founding of the City is an important aspect for everyone, especially the Young generation that is left disoriented by the modern world of technology and the internet.
The Frontier Region is robust with a tapestry of Culture which makes it an exciting place to visit, especially during this time as we look back at the history of the AmaNdlambe [a Xhosa Tribe]; Khoisan People; the Mfengu's and the Europeans who came to settle in this vast and beautiful landscape.
The Event is expected to kickstart with a lot of Music and Dance coming from different Cultural Organizations and School Children participating in various Activities. We hope that everyone will come and extend the hand of 'peace' as we Celebrate together for the first time in the history of this Country.
The #Peace&Unity Campaign is gaining momentum with the Stakeholders coming onboard like Steers, as we prepare for March. The African Legends of our time, people who have contributed tremendously in the history and heritage of Southern Africa, like King Mzilikazi kaMatshobana who was the founder of the uMthwakazi Nation, AmaNdebele; the liberalist Joshua Nkomo; Nelson Mandela the Freedom Fighter; the mother of the Nation, Mama Albertina Sisulu; the Revolutionist Steve Biko; the Prophet Makhanda kaNxele and the Prince Rhodes kaLobengula who fell in the hands of the Colonial "Powers" of the time and others.
Steers would be joining forces with King Lobengula Foundation and other Stakeholders to make these EVENTS a reality in the desperate eyes of the Community of Kwa-Ndancama. This is one of the oldest Township to be occupied firstly by Fingo's [AmaMfengu] who came seeking shelter after fleeing the Mfencane uprising in the Kwa-Zulu Kingdom.  The 'City of Saints' as it sometimes known will be celebrating the 200 years of founding of 'Grahamstown', named after Colonel Graham. The City will be lighted up, with numerous Events taking place hopefully throughout the whole Year, with re-enactments of some of the historical events such as the War of Makhanda kaNxele known also as the 'Battle of Grahamstown' that took place 1819. The onslaught of many 'Warriors' by the British 'Maxim' gun was a turning point for the Xhosa People, close to 10 000 men fell on that dreadful day, whilst children and women watched in shock. The land is still crying over the 'blood' that fell on that shameful day, hence it is time that we remember the FALLEN HEROES and HEROINES of our times, who have made Grahamstown to be the city it is today. The spirit of the Ancestor's that have fallen throughout our history should be appeased, before their souls could rest in peace and be united to the Community, until then our children shall continue to suffer the consequences of the aftermath raining down.
The King Lobengula Foundation would be hosting several Dialogues and Workshops at the newly opened Princess Zila Lobengula Cultural Village in Fingo Village, which is still under renovations, but worth a visit though, regardless of the circumstances. It is here most of the stories that relate to the early settlers of Makhanda City in relation to the current situation, would be unpacked and preserved at the Princess Zila Lobengula Museum for future references. This is the time to explore your talent and contribute to something worthwhile, through Artistic Expression in both Oral and Written word. The theme of the Day is, "The Impact of Colonialism in our Society Today and the Road to Restoration', hence we are inviting everyone in our Communities to come and share with us some good old history, and in return experience the invigorating tangible Heritage Sites like the Lobengula Gravesite and the World War II Veterans Graves, of soldiers who went to fight alongside their British counterparts and the ALLIED FORCES.  The theme of the Day has a special significance, since it impacts more on the Youth of today and the Young generations in our Townships who are the victims of circumstances as they  find themselves bouncing back and forth against the wheels of Relativism and Individualism. The "Journey of Discovery" will take a Visitor to see certain Areas of the City that normally Tourists don't go and visit due to their uninhabitable conditions, like the scenery of Kwa-Ndancama, a township built on top of a Cemetery during the Apartheid era. Now the residents of Kwa-Ndancama they sit in their mud dwellings with eyes full of tears, hoping someone will come to their rescue, and build houses and restore the Infrastructure. But till today nothing has been done for this Community, only sad memories can be heard and occasionally spotting a little child playing next to the gravesite, whom he/she doesnt even know who it belongs too. All this History and Heritage just lying in ruins and nobody has the time to tell the little children of their prestigious past. Hence, it is time we as the concerned Citizens take this opportunity to come and work together as the Rainbow Nation and Restore our Country, #HeritageResourcesRegeneration_CleanUp Campaign for PEACE and UNITY in AFRICA.